Skip to primary content
<< Previous
Deutsch
English
Next >>
Dear and radiant heroes, the more unknown your names, the wetter with tears the eye that gazes upon you with enthusiasm!
André Léo (1824-1900), writer, socialist, feminist, exile in Switzerland
”
“

The members of the Municipal Council are known, at least to those who are interested. Both their names and their biographies. The same goes for the journalists, newspaper editors and cartoonists.

But who were the 200.000 at the proclamation of the Commune on March, 28th, in the Town Hall Square in Paris? “All these people who have only one soul and one cry: Long live the Commune!” as Catulle Mendès, an opponent of the Commune, wrote. Who were these people who filled the Commune with life and not infrequently paid with the same? Who the 300.000 armed national guardsmen? The thousands in the meetings of the Red Clubs and the resistance committees in the districts? The children and youngsters who defended their own barricades against the counter-revolutionary army? The 20.000 who were massacred by the rulers?

Of the 36.309 accused, names, dates of birth and place of residence are known from police files. Biographies and photographs of some of them are also available. We want to snatch a few from oblivion here. 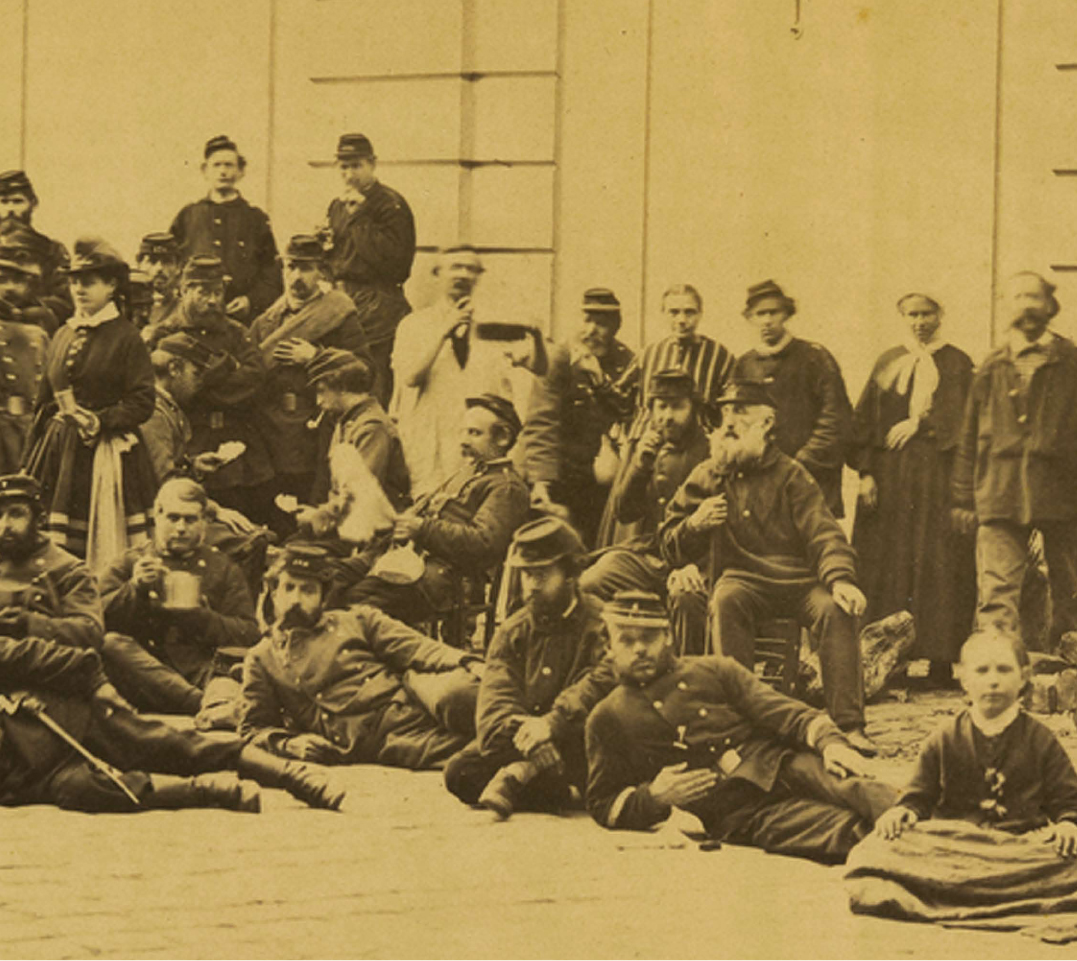 Communards and relatives at dinner in the courtyard of the Ministry of Justice. [1] 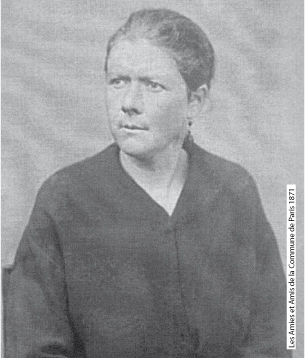 Elisabeth Rétiffe (1834-1882)
Worked as a cardboard box maker and participated in the Commune uprising as a medic. She was sent to Chantiers de Versailles prison for carrying a weapon at a demonstration and was deported to Cayenne, where she died. [2] 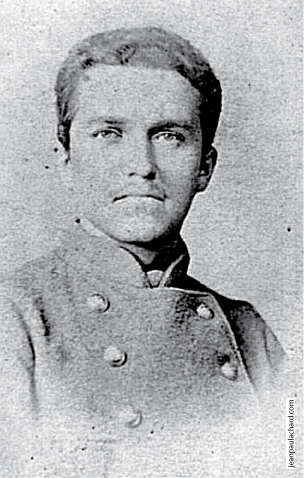 Pierre Bourgeois (1848-1871)
Wooden shoemaker, joined the army at the age of 18. During an operation against strikers in Le Creusot, he refused to obey orders. Sentenced to prison and demotion for this. When his regiment was used against the Commune, he deserted and joined the National Guard, elected sergeant. Arrested after the Bloody Week, executed as a deserter together with Théophile Ferré and Louis Rossel. [3] 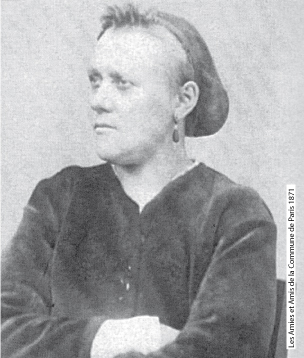 Eulalie Papavoine (1846-1875)
Dressmaker, took an active part in the barricade fight during the uprising and also treated the wounded as a medic. She was charged with participation in the uprising as well as looting and arson. She denied part of the charges, stating that she had only organised an ambulance. She was sent to prison in New Caledonia and deprived of her civil rights. [4] 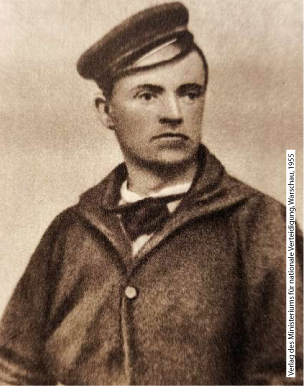 Jules Bernaert
Born in 1840, weaver. Served as a gunner in the 22nd Infantry Regiment. During the Commune known as “Commander of the Fleet” and “Captain of a Gunboat”. Sentenced to deportation to New Caledonia, later amnestied. [5] 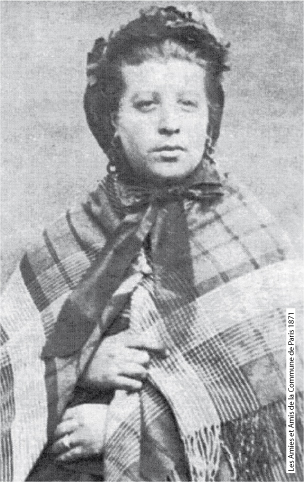 Marie Wolff
Born in 1849 in Bar-le-Duc (Meuse), rag picker in Paris. In the days of the Commune, she was a medic and transported weapons. Reportedly seen demonstrating under a red flag for the liberation of prisoners. Sentenced to death in 1872 for building barricades and conspiracy to murder. The sentence was later commuted to imprisonment. [6] 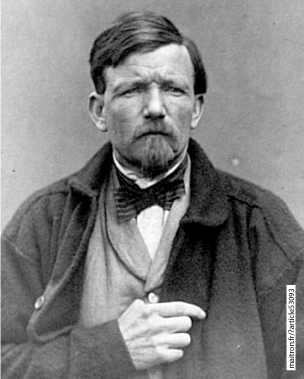 Benoît Bloquel
Born 1826 in Paris, roofer, married, two children. Prison sentence for insult and theft. During the Commune, National Guardsman of the 159th Battalion, imprisoned on 23rd May 1871 at the Town Hall in rue Drouot (9th arrondissement). Sentenced to deportation. [7] 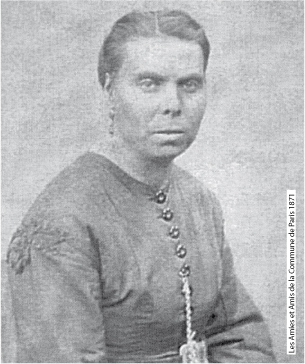 Luise Boutinck
Sentenced to deportation to New Caledonia in January 1872. She had two daughters who were grown up by the time she returned in November, 1881. She died four years later. [8] 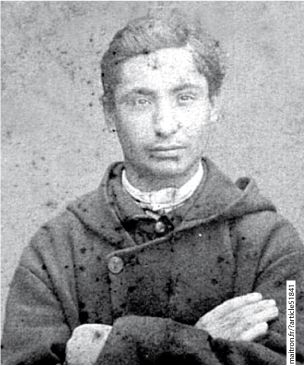 Jean Bareletti
Born in 1842 in Domodossola (Italy), oven-setter, single. National Guardsman in the 106th Battalion, took part in numerous battles. Sentenced to deportation to New Caledonia. In 1878, released from sentence for good behaviour and returned to France. [9] 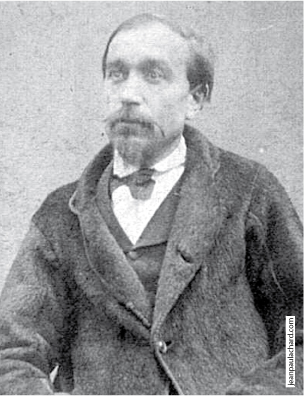 François David
Born 1835, bricklayer, married, two children. Member of the International Workers’ Association and the district commission that burned the guillotine. President of Le Proletaire club at Saint-Ambroise church. Sentenced to death in absentia, then to deportation to New Caledonia, amnestied in 1879. [10] 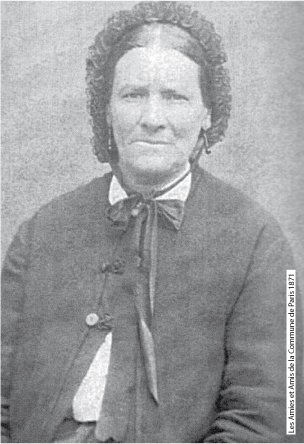 Lise Pauline Séret
Born 1825, laundress. Arrested in June, 1871 for involvement in an assassination and hostage-taking. She was released after a few days, but arrested again in July and sentenced to forced labour. [11] 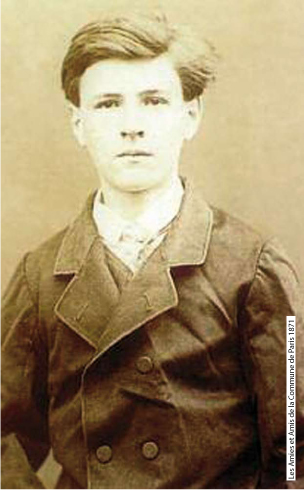 Charles Carme (1853-1871)
Worked as a locksmith, communard. While awaiting trial, he died in custody in the port of Brest on board the pontoon (prison ship) La Renommée. [12]

Enfants perdus – the lost children of the Commune

…we see the last group of defenders of the barricade fleeing, four or five fourteen-year-old boys…
Edmond de Goncourt, diary of 23rd May 1871.
”
“

2.000 to 3.000 boys, nothing is known of girls, took part in the commune’s fighting. Other estimates even put the figure at tens of thousands, who participated in one way or another. Already in the siege winter of 1870/71, children and youngsters hunted dogs and cats, which they sold to butchers, others smuggled tobacco.

Three battalions of the National Guard consisted of 80% adolescents. In many other battalions, too, teenagers aged 14 to 17 were fighting, some even younger. The reasons were economic hardship, family ties, but also politisation before and during the commune.They had participated in the defence of about fifteen barricades, one was defended only by youths. 651 children and youths were arrested. How many were killed is unknown, but the government knew no mercy even for children.