Skip to primary content
<< Previous
Deutsch
English
Next >>
The news of the armed uprising of the workers against the government filled us with joy and enthusiasm.
Greetings from a meeting of the General German Workers’ Association in Bremen to the Paris Commune, 19.4.1871
”
“ 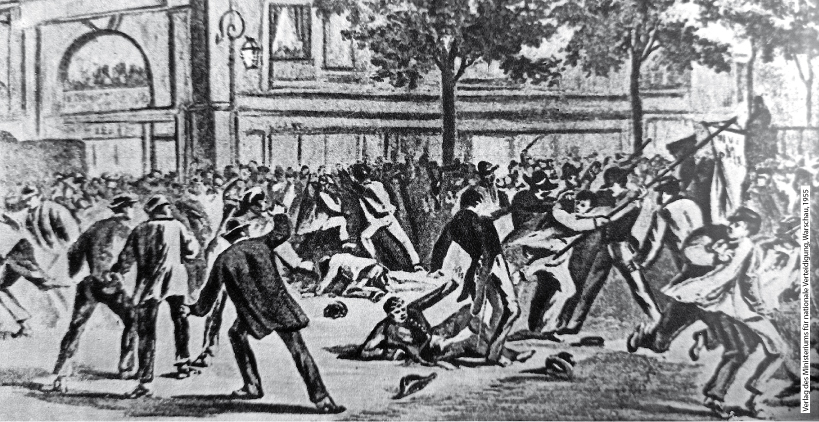 Parisian policemen attack an anti-war demonstration in the spring of 1870. [2] 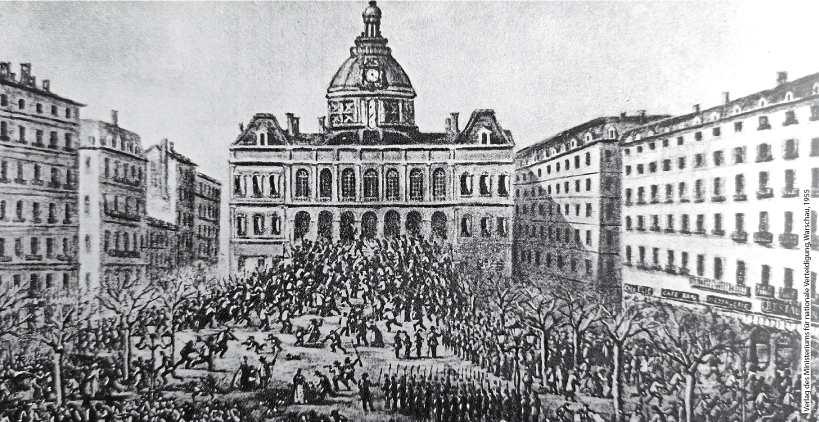 Revolutionaries seize the town hall of Saint-Etienne on 24th March. [3] 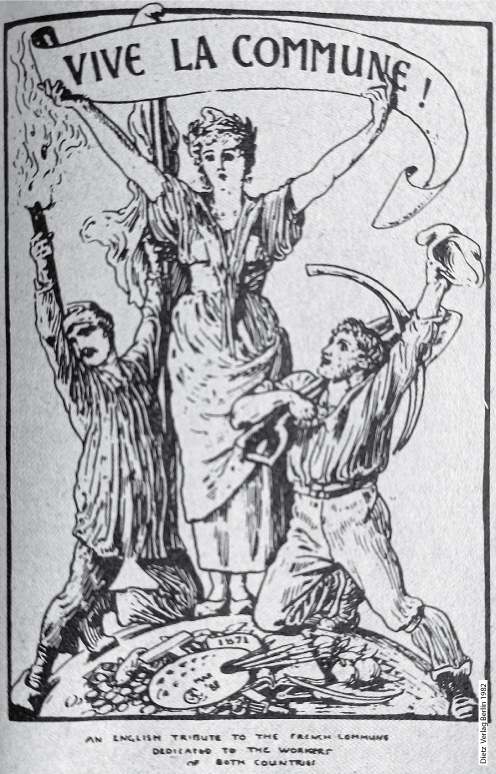 English graphic declares solidarity with the Paris Commune. Text: An english tribute to the french commune dedicated to the workers of both countries. [4]

Communes were also proclaimed in other cities in France, in some as early as the summer and autumn of 1870. They could not hold out any more than those of the spring of 1871. The commune of Marseilles, the longest, was bloodily crushed after 13 days on 4th April 1871. Delegates from Paris and the province could only exchange their respective views every now and then; there was no lasting cooperation. This was due both to the blockade of Paris by the Versailles government and a failure on the part of the Paris communards. With the exception of a few attempts, they refrained from reaching out to the French provinces and to the international community.

The International Workers Association, which was represented in Europe and the USA, opposed to the anti-communist propaganda of the bourgeois press. Among the worldwide working class, the Paris Commune met with undivided approval. Even before the Franco-Prussian war, there were protests both in France and Germany against the threat of an upcoming war. Likewise, the organised labour movement supported the commune, with numerous demonstrations such as on 16th April at London Hyde Park with 30.000 participants. However, demonstrations couldn’t prevent either the suppression of the commune or the war. After the end of the commune, however, these supporting networks were very useful to the thousands of communards who had to flee France.

The anti-colonial uprising in Algeria

In Algeria, a French colony since 1830, there were many immigrant workers who supported the Paris Commune. At the same time, the first great uprising of Algerians against the colonial regime began. Neither the Paris communards nor their supporters in Algeria recognised the similarities of their struggle for liberation. It was smashed as brutally as the Commune and rebellious Algerians were deported to New Caledonia like the Communards. 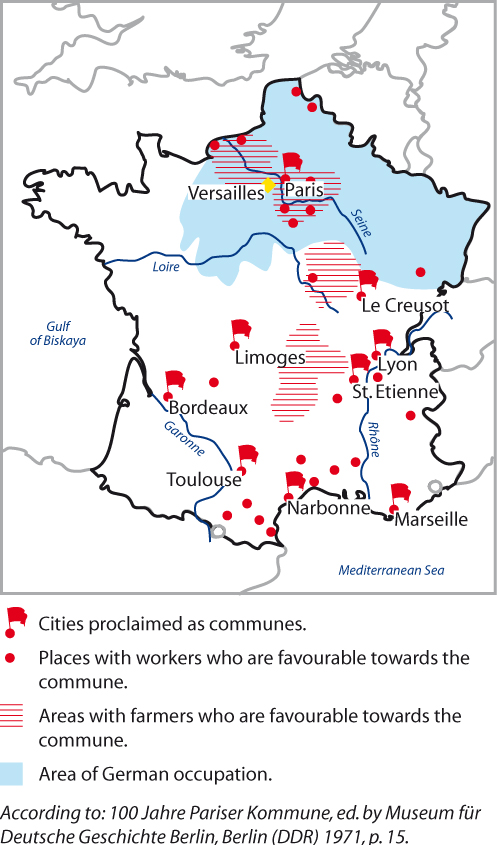 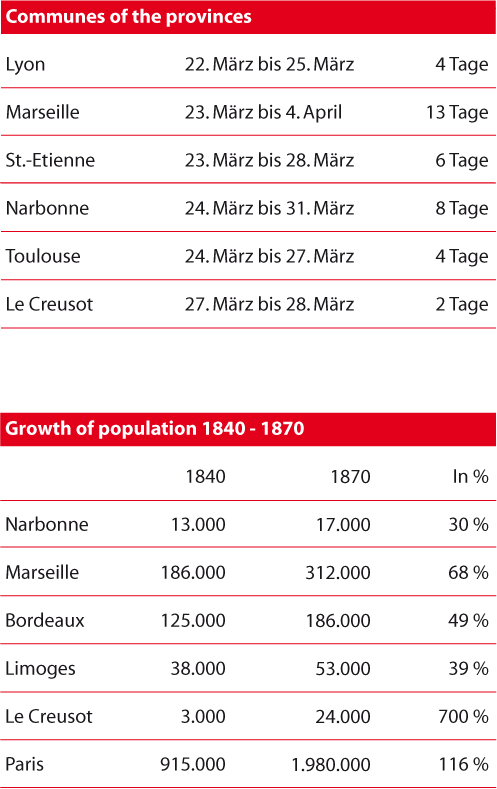 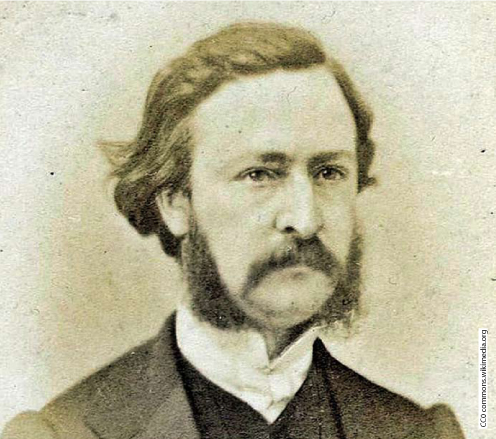 Gaston Crémieux (1836-1871)
lawyer, writer and republican. Sentenced to death and executed for participation in the Marseilles Commune. [7]