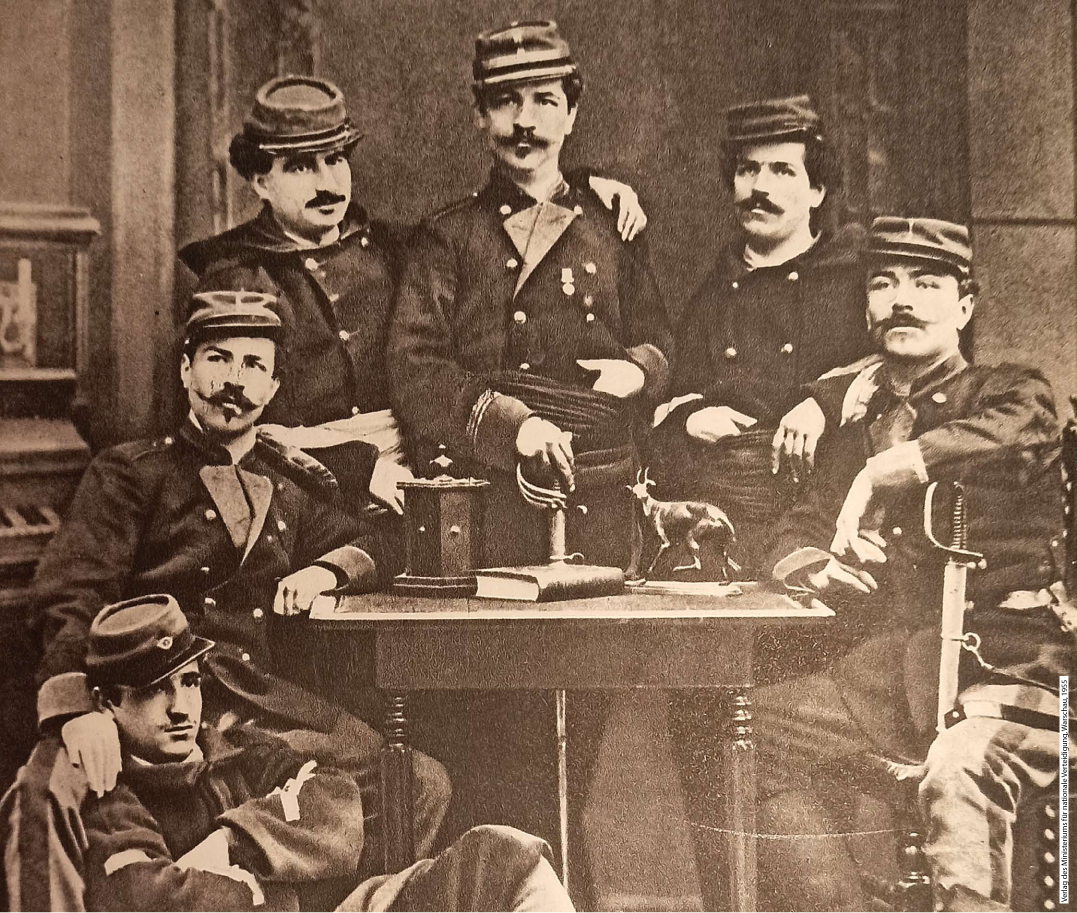 The Okolowitz brothers in the uniform of the National Guard. Like 500–600 other Polish people, they were active fighters in the Paris Commune. August Okolowitz was a general, his brother Ferdynand was exiled to New Caledonia after the suppression of the Commune. [1] 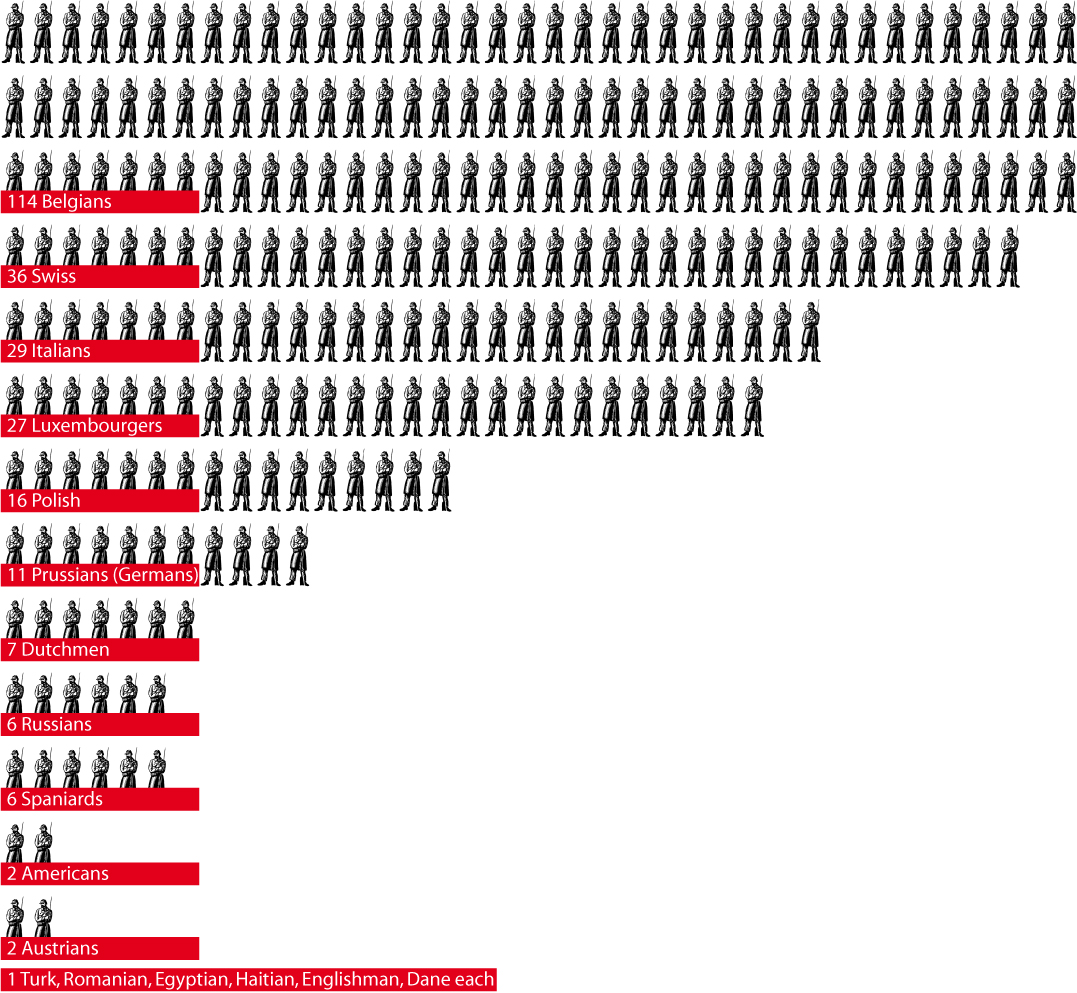 The 1866 census revealed 120.000 foreigners in Paris, a city of 2 million. In addition, there were 30–80.000 without legal status. They fled from economic misery or political oppression in their home countries. Just like the Polish freedom fighters that strove against Tsarist oppression or the Garibaldini who fought for the Italian unification.

The commune tried to live up to its international claim. Thus it appointed two Polish officers, Jaroslaw Dombrowski and Walery Wróblewski, as commanders-in-chief. The Hungarian goldsmith Léo Frankel became chairman of the Commission for Labour, Industry and Trade and the Russian revolutionary Anna Jaclard was a member of the Women’s Union and the Commission for Education, among others.

In 19th century Paris lived about 80.000 German “economic refugees”, additionally to well-known political refugees such as Heinrich Heine and Karl Marx. Most of them were unskilled and well-paid work was extremely rare to get. The “German itinerant workers” lived on the brink of the bread line in the poor districts of Paris – as street sweepers, rag pickers or maids. During the Franco-Prussian war, they were subjected to hostility and got deported.

Nevertheless, 5–9.000 Germans are said to have remained in Paris during the commune, some sources even speak of 30.000. Some of them were acting communards, 59 German communards are known by name.
The actual number is probably much higher. It is not known whether women were among them. Foreign participants of the commune were punished severely after its suppression, especially the people from Germany since they were the declared enemy. After they served their sentences, they usually got deported from the place that had often been their home for decades. 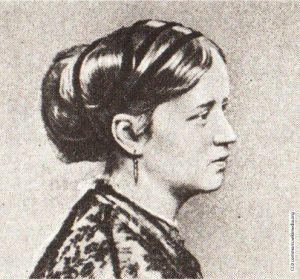 Anna Jaclard (1843-1887), Russian socialist and feminist revolutionary. Member of the International Workers’ Association, friend of Karl Marx. During the Commune, member of the Comité de vigilance de Montmartre, the Women’s Union and the Education Commission, sanitary worker and journalist for La Sociale. Exile in England, Switzerland and Russia. [4] 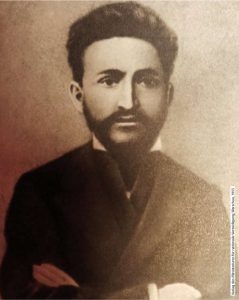 Leó Frankel (1844-1896), Hungarian goldsmith, member of the International Workers’ Association, Marxist, “labour minister” of the Commune, wounded on the barricades on 25th May 1871, managed to escape to Switzerland. [5] 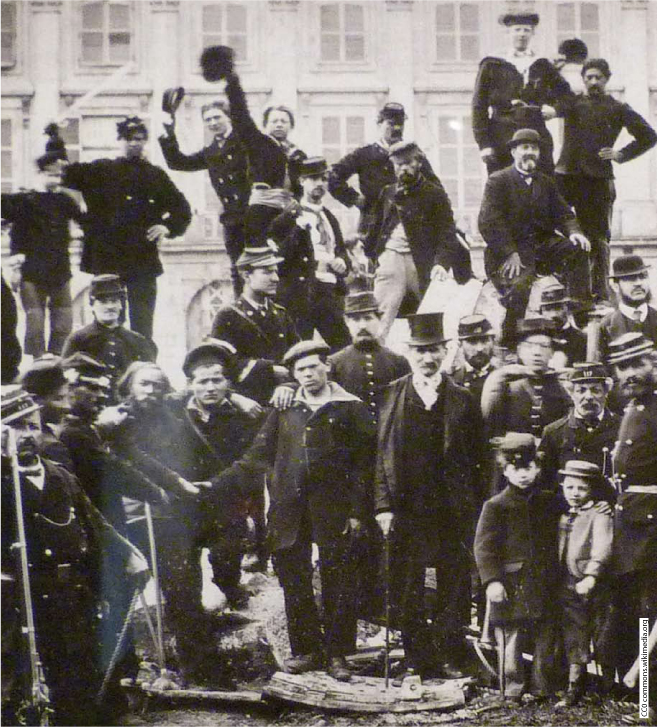 Communards and bystanders in front of the destroyed Vendôme Column. [6]

I have been warned that a large number of foreigners are travelling to Paris to participate in the unrest that is afflicting this city.
Quote from a circular of the Minister of the Interior Ernest Picard to the prefects, dated from 11th April 1871.
The image of the “evil foreigners” is intentionally and still in use by today’s rulers and oppressors. Especially popular before summits, be it G8, G20 or WEF, the authorities in Germany warn against the “violent Greeks”, those in Italy against the “German autonomists” and those in France against the “Italian anarchists” etc.
”
“

Marie: There’s a pair of rag-pickers over there! Mama always says these people lead a life of extraordinary hardship and need our help. But she can only afford to give something away when our clothes are already so tattered that there is no way to reuse them in any shape or form.
Laurent: Rag-picking really is backbreaking work. And yet the paper mills only pay them a few cents per bag.
Marie: Then they just need to get more money! What they do is important. Look around; we need a lot of paper for our commune. Our decrees and posters are displayed on every wall.
<< Previous
Deutsch
English
Next >>
Reference:
[1] Verlag des Ministeriums für nationale Verteidigung, Warschau, 1955
[2] Louis Bretonniere et Roger Perennes, L’internement des prevenus de la Commune à Rochefort (1871-1872)
[3] La Commune et les Etrangers, Les Amis de la Commune de Paris 1871, 2006, S. 5
[4] CC0 commons.wikimedia.org
[5] Verlag des Ministeriums für nationale Verteidigung, Warschau, 1955
[6] CC0 commons.wikimedia.org