Prosper Lissagaray (1838-1901), journalist, barricade fighter, in „History of the Paris Commune of 1871“ – Allusion to the three social decrees of the Central Committee of the National Guard of 20th March
”
“ 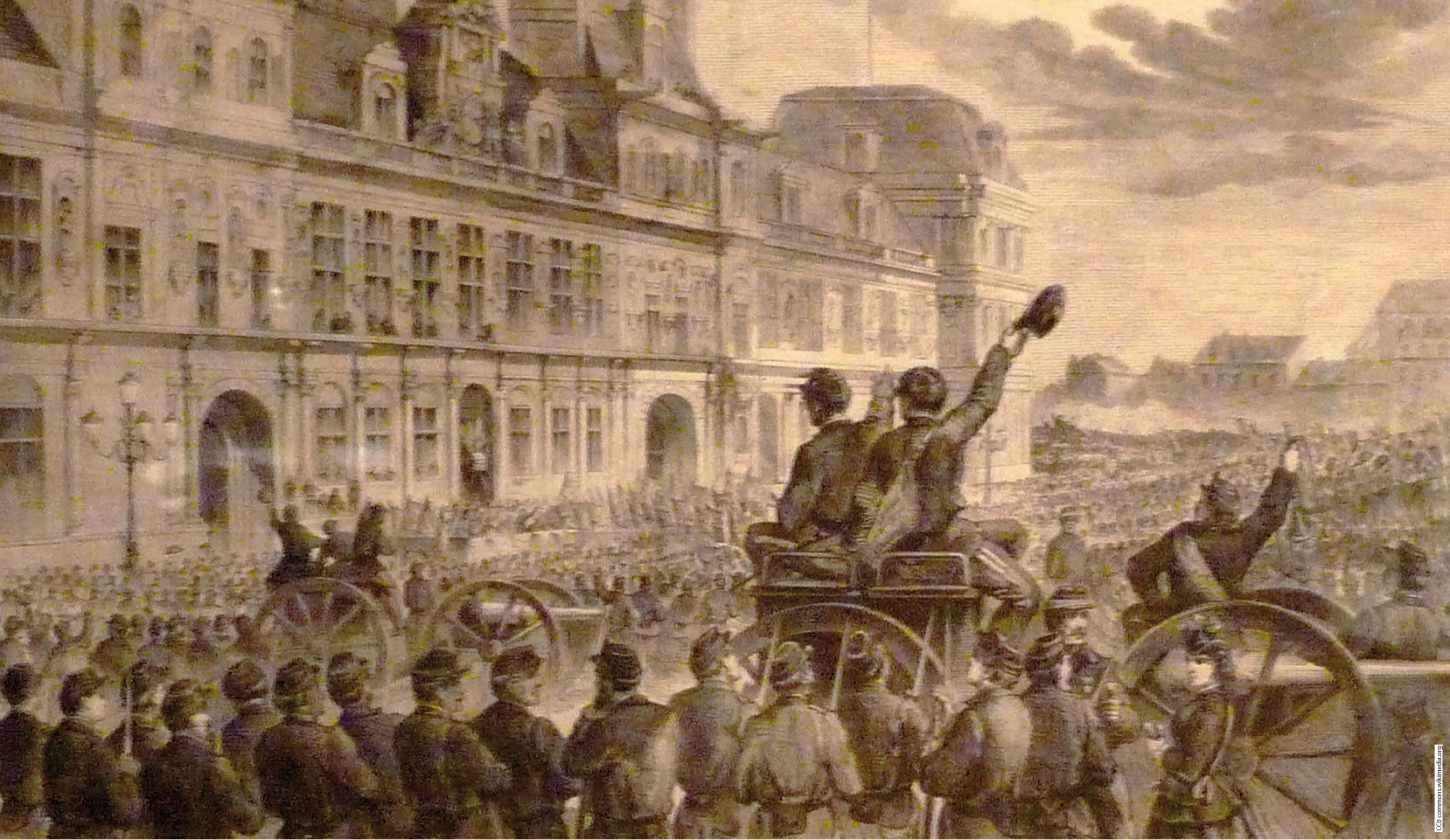 March 19th National Guard calls elections for Paris. Release of all political prisoners. Some Communards want to overthrow the government in Versailles while it is still weak. The CC of the National Guard rejects this. For Karl Marx, among others, one of two great mistakes. The second is not to confiscate the Bank of France. Within are stored 3 billion francs. Thereof the bank later would pay 258 millions to the government and only 16 millions to the commune.

March 22nd Proclamation of the commune in Lyon. Other cities follow, but none can hold out for long.

March 26th Elections to the municipal council, 500,000 eligible voters, half of them vote. In bourgeois neighbourhoods under 25%, in proletarian ones up to 76%. Women do not have the right to vote.

March 28th Proclamation of the Commune

April 6th Call to the province to support the Paris Commune, burning of the guillotine in Place Voltaire

May 16th Destruction of the Vendôme Column 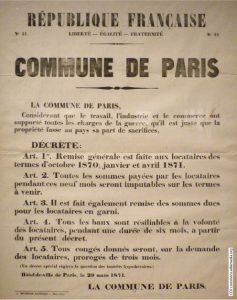 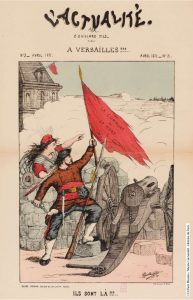 L’Actualité No. 3, April 1871 with the call to follow the fled government: “To Versailles! There they are!” by the cartoonist G. Gaillard Fils [3] 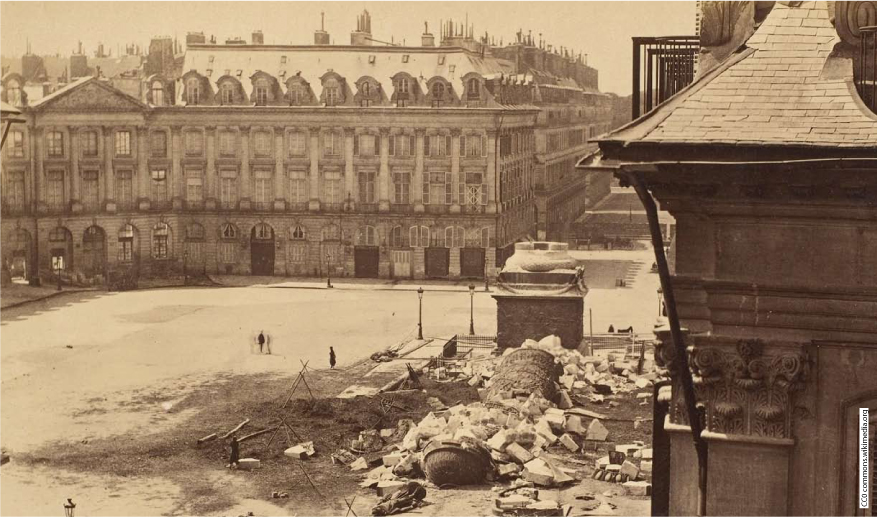 Debris of the Vendôme Column, demolished on 16 May with great applause in front of thousands of spectators. It was considered “a symbol of brute force and false glory, an affirmation of militarism…” (Decree of the Paris Commune, 12th April 1871) [4]

Laurent: Because the rent was so expensive, strangers regularly lived with us. Sometimes there were six of us sharing a room. That was quite exhausting.
Marie: My mum was always worried about the rent. I often heard her sighing secretly at night because of that.
Laurent: At least now no one is thrown out of their flat so quickly. And besides, a lot of flats are empty right now, because many rich people have left the city since the siege.
Marie: Come on, then we’ll have to take them! I want a room with huge windows where I can always see the sun.
<< Previous
Deutsch
English
Next >>
Reference:
[1] CC0 commons.wikimedia.org
[2] CC0 Paris Musées / Musée Carnavalet – Histoire de Paris
[3] CC0 commons.wikimedia.org
[4] CC0 commons.wikimedia.org