Skip to primary content
<< Previous
Deutsch
English
Next >>
The proletarians of Paris…have understood…to take matters into their own hands and seize the power of government.
Manifesto of the Central Committee of the National Guard, March 18th 1871.
”
“ 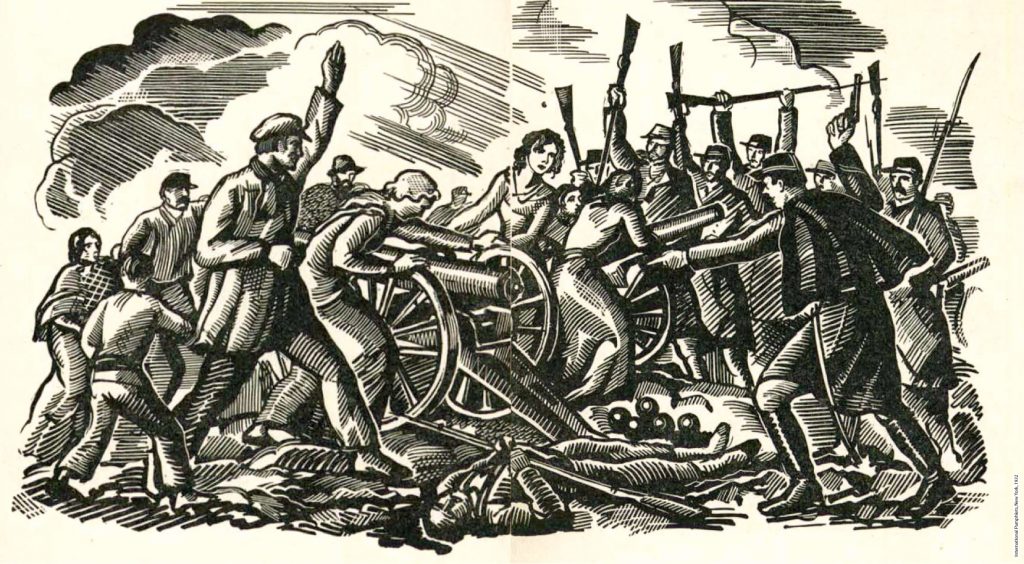 The Paris Commune – A Story in Pictures by William Siegel, New York, 1932, John Reed Club, pp. 14/15. An attempt was made to capture the cannon. The alarm was given: the whole city of workers, women as well as men, turned out to their defence. And the Government troops rather fraternized than attacked the defenders. [1] 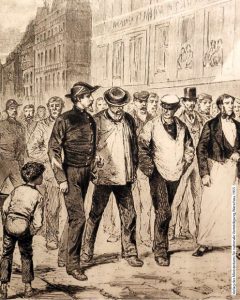 Before the Franco-Prussian war, the Paris police carried out mass arrests among inhabitants “suspected” of anti-war sentiment. [2]

Napoleon III’s reign ended on 2 September 1870 due to the military defeat of the Bonapartist army and the capture of the Emperor during the war against Prussia. In Paris, on 4th September 1870, the Third Republic was proclaimed and a government of national defence was formed with the bourgeois Adolphe Thiers as its leader.

To assume the defence of Paris, the National Guard was increased by hundreds of thousands of workers. Previously formed from the bourgeoisie, it became an armed workers’ force. 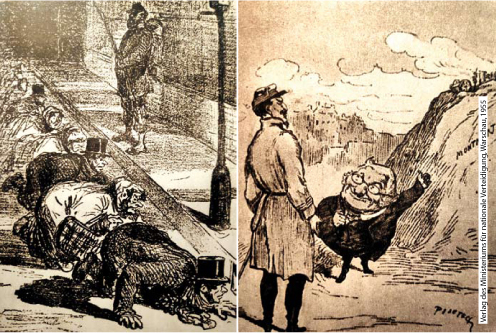 During the winter of 1870/71, the Prussians besieged and shelled Paris. On 28th January, Paris, weighed down and starved by the Prussians, capitulated without the National Guard wanting to surrender its own weapons.

At Prussia’s behest, a National Assembly, predominantly consisting of monarchists, was elected in Bordeaux on 8th February 1871. They adopted the peace terms negotiated with the Prussians: The region of Alsace-Lorraine, rich in coal resources, and 5 billion gold francs as war reparations to Prussia. The National Assembly also stopped to cash out the pay of the National Guardsmen, rendering them without income. Likewise, it ended the moratorium of rents and the deferred payments on loans. The former measure affected 200.000 families, the later 150.000 debtors.

Since the rulers of Prussia and France belonged to the same class, they feared and disliked the working class that defended Paris, more than themselves; the “pacification” of revolutionary Paris was the precondition for the signing of the final peace treaty in Frankfurt on 10th May 1871.

Place Pigalle, 18th March: National Guardsmen kill a captain who tried to lead the cuirassiers to attack the crowd. [4]

Therefore, Thiers sent his Parisian commander-in-chief Vinoy to the headquarters in Montmartre on 18th March to disarm the National Guard. Due to fraternisation between army sections and the common people, the attempted robbery of the cannons was averted and the government under Thiers fled to Versailles. The Central Committee of the National Guard took over.