Skip to primary content
<< Previous
Deutsch
English
Next >>
Nature has given every man the equal right to the enjoyment of all goods.
Gracchus Babeuf (1760 – 1797), proto-socialist and founder of the Conspiracy of the Equals
”
“ 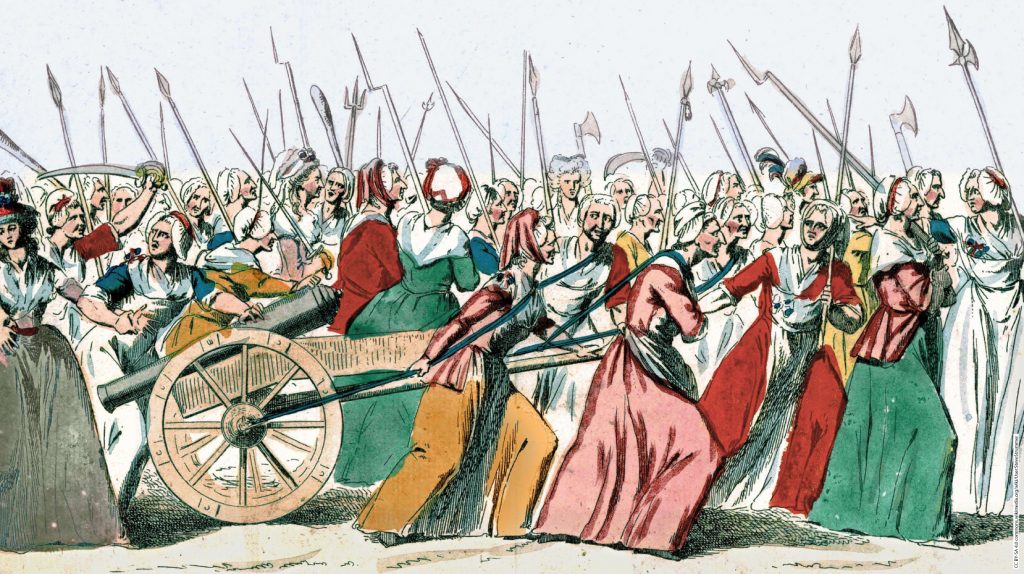 “Versailles feasts, Paris starves” was the rallying cry of some 6,000 women, mostly from the working-class neighbourhood of Saint-Antoine, marching to the royal palace in Versailles on 5th October 1789. They call on King Louis XVI to go to Paris under the control of the people. [1] 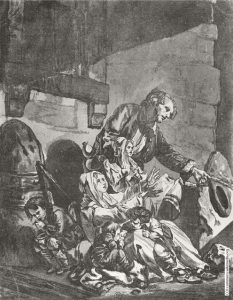 Triggered by the parasitic lifestyle of some 200.000 people (2%) of the French population in possession of political power (king, nobility and church), France’s feudal system faced permanent state bankruptcy from 1774. The crisis led to revolts of small urban shopkeepers, craftsmen and peasants in the Flour War and reached its peak in July 1789 due to increased bread prices caused by crop failures.

On 17th June 1789, the upper middle classes, who had become rich in pre-revolutionary France, and the enlightened nobility used the anti-feudal atmosphere in the country to proclaim a constitutional national assembly, which they won the majority in. Workers and the rural population remained politically excluded due to the tax-dependent census suffrage.

The republic was proclaimed. The constitutional constitution of 1791 cemented the bourgeois property and power relations that had been achieved since then. The nobility and the church lost their privileges by the abolition of feudal burdens, and King Louis XVI even lost his head in 1793. Human and civil rights were incorporated into a constitution for the first time and became a model for the rising bourgeoisie in all European countries. The seizure of power by the French bourgeoisie was secured by the revolutionary wars from 1792, followed by the Napoleonic wars from 1799 on a pan-European level.

After Napoleon’s defeat, the Congress of Vienna from 1815 hoisted a constitutional Bourbon monarchy under Louis XVIII back into its old position of power of 1791. It faced a liberal bourgeoisie and, with the onset of industrialisation, a growing, impoverished proletariat. When Louis’ successor Charles X attempted to dissolve parliament in 1830, to increase the electoral census and to further restrict the freedom of the press, the liberal, Bonapartist-minded bourgeoisie rose up. In the July Uprisings (27-29th July 1830), artisans, workers and students forced Charles X to abdicate. After his flight to England, the unrest of the proletarian lower class in Paris was brutally put down by the liberal bourgeoisie around Thiers and Guizot, and Louis Phillipe I, known as the Citizen King, was installed. 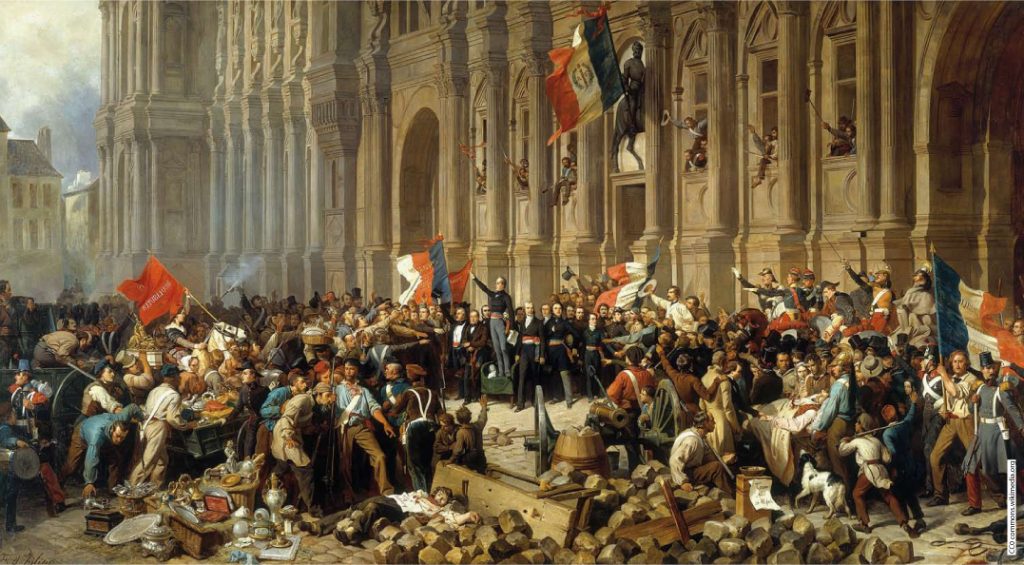 Louis Phillipe was unable to solve the European economic crisis of 1847 in the interests of French capital and refused bourgeois electoral reforms. The social demands of the proletariat had been unanswered since 1789. In the February Revolution of 1848, both classes overthrew the monarchy together for the last time. The first communist government elected in Paris, consisting of the big bourgeoisie, liberals and socialists, was also unable to reconcile the contradictions between the classes. The bourgeoisie again emerged victorious from the bloody June uprising in 1848 “in which the first great battle was fought between the two classes that divide modern society”, according to Karl Marx.The French bourgeoisie rose to political and economic dominance under the subsequent rule of Napoleon III, which ended with his defeat in the Franco-Prussian War of 1870/71.

Marie: Bonjour, my name is Marie. I live with mum, dad and my big brother Matthis in Belleville. That’s a district of Paris. Together with others, Matthis and Papa are defending one of the many barricades in our neighbourhood. I’m on my way to meet them now.
Laurent: I’m Laurent. My best friend is Matthis. I lost my parents in the war, but I don’t feel lonely here in Belleville.
I like this district very much. Most people here are very poor but we help each other.
<< Previous
Deutsch
English
Next >>
References:
[1] CC BY-SA 4.0 commons.wikimedia.org/wiki/User:SteveStrummer
[2] CC0 commons.wikimedia.org
[3] CC0 commons.wikimedia.org