When the rulers have already spoken, then the ruled will start to speak.

Protesters of the Gilets Jaunes (Yellow Vests) fight against the police in Paris in 2019. [1] 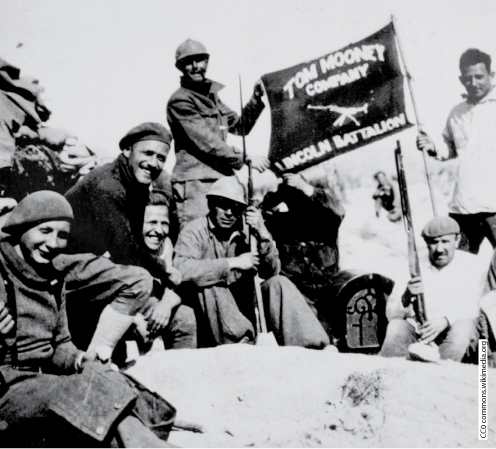 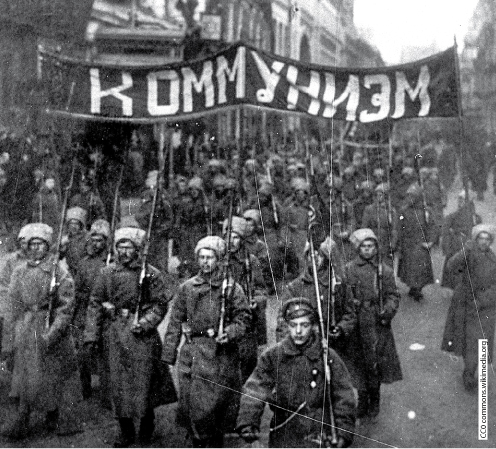 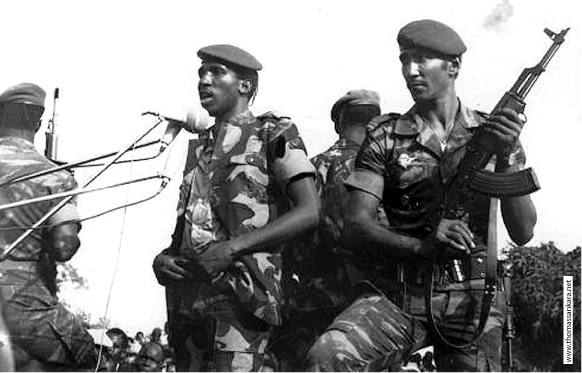 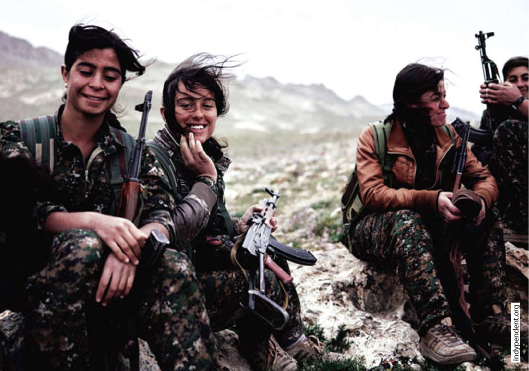 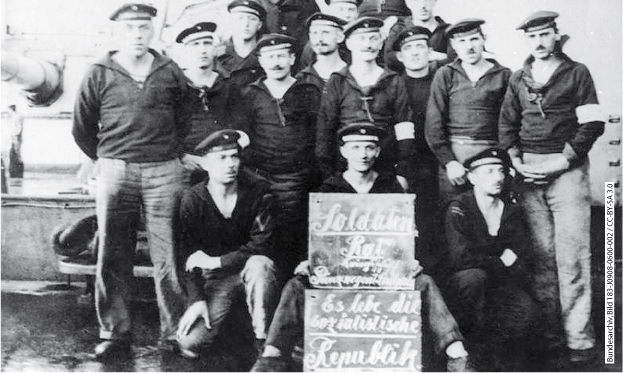 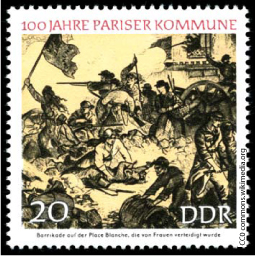 20 Pfennig stamp, GDR, 1971 in celebration of the 100 year anniversary of the Paris Commune. Barricade on the Place Blanche defended by women. [7]

The Paris Commune was an occasion of world historical significance. For a brief moment, the possibility of a different society shone forth and inspired the revolutionary left of various backgrounds for decades.

In 1917, the Russian October Revolution seemed to fulfil the promise of the Paris Commune. It stood “on the shoulders of the Commune” as Lenin said. In the end, not even real-existing socialism could be defended against capitalist counterrevolution.

Since then, the barbarism of capital has been able to carry on quite unbridled. And “The oppressors move in for ten thousand years” according to Bertolt Brecht. But during the 150 years since the Paris Commune, the world has seen countless uprisings, rebellions and revolutions. The authorities and profiteers of the capitalist order could not break the resistance against the exploitation of men caused by men – no matter how brutally and cruelly they proceeded.

The fight for the Spanish Republic (1936-1939) had clear parallels with the struggle of the Paris Commune on a national scale. The revolutionary resistance of the Spanish workers was able to defend the republic, also with the help of international support, 3 years before fascism.

The struggle of the Kurdish self-administration in Northern Kurdistan (Eastern Turkey) since the 1980s and recently in Rojava (Northern Syria) is also based on the principle of the commune with the aim of establishing autonomous, interconnected territories within the national territory of four countries.

Again and again, people rose and rise against property and power related oppression that serves few and keeps down many. “Who’s to blame if oppression remains? We are.” wrote Brecht and further “Who can break its thrall? We can.”

And now, at the end we circle back to the beginning of our little exhibition: the story of the Paris Commune is a spark in the history of struggles for liberation from capital, patriarchy and racism – look for it and get organised!

In Praise of Dialectics

Today, injustice goes with a certain stride,
The oppressors move in for ten thousand years.
Force sounds certain: it will stay the way it is.
No voice resounds except the voice of the rulers
And on the markets, exploitation says it out loud:
I am only just beginning.
But of the oppressed, many now say:
What we want will never happen
Whoever is still alive must never say ‘never’!
Certainty is never certain.
It will not stay the way it is.
When the rulers have already spoken
Then the ruled will start to speak.
Who dares say ‘never’?
Who’s to blame if oppression remains? We are.
Who can break its thrall? We can.
Whoever has been beaten down must rise to his feet!
Whoever is lost must fight back!
Whoever has recognized his condition – how can anyone stop him?
Because the vanquished of today will be tomorrow’s victors
And never will become: already today! 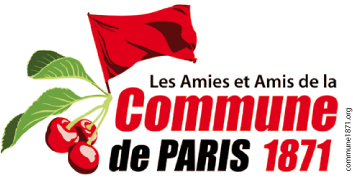 Chiapas, Mexico: “You are in the territory of the rebellious Zapatistas. Here the people are in command and the government obeys.” [9] 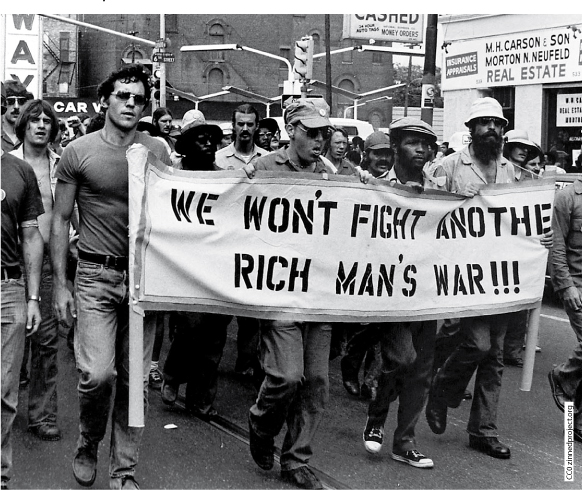 Demonstration by veterans against the Vietnam War, USA, c. 1970. The banner reads: “We won’t fight another rich man’s war!” [10]

Marie: Laurent, how do you imagine the world in 150 years?
Laurent: A world at peace and without hunger. Housing and food are shared fair and square.
Marie: And that girls are allowed to do exactly the same things as boys.
Laurent: Of course, Madam Councillor! But seriously, since mum died, I really do realise what women accomplish. There is definitely room for more equality.
Marie: I would like to see many communes, all over the world. And in every commune there would be a shop with macarons displayed in thousand shiny colours.
<< Previous
Deutsch
English
Next >>
Referenz:
[1] CC BY 2.0 flickr.com/photos/95237051@N04/46658622822/
[2] CC0 commons.wikimedia.org
[3] CC0 commons.wikimedia.org
[4] www.thomassankara.net
[5] indypendent.org
[6] Bundesarchiv, Bild 183-J0908-0600-002 / CC-BY-SA 3.0
[7] CC0 commons.wikimedia.org
[8] commune1871.org
[9] CC0 commons.wikimedia.org
[10] CC0 zinnedproject.org